An interview with Gadget, British-Caribbean beat-maker, MC and founder of the Millennium Jazz label. 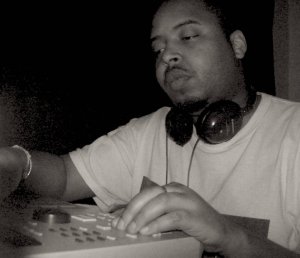 How and when was the idea to start Millennium Jazz conceived?

Well the name “Millennium Jazz” came from the title of a song I wrote in 1999/2000 and it became something I often said to describe how I wanted to move forward with my music and be spontaneous in the new millennium. A few years later I added “Music” at the end and used it as a production name when working with young people in production and writing workshops, or engineering for artists on the underground. Meanwhile, I started to collaborate with certain artists on a regular basis (Slugga Tee, Skinnista/DJ Skinny, Louis Unseen etc) and we all started shouting the name out for promotional effect throughout 2004 and onwards, like a collective.

I guess from the outside looking in MJM was already looking like a label, but I had no plan or idea it was moving in that direction. Then in 2008 I received the first proper demo submission for an MJM release and I started to take it a bit more seriously from there.

How many artists are involved with MJM and how do you go about discovering new talent?

It’s hard to say how many people are involved exactly due to having two collectives on the label as well as solo artists.

For example in the TekHedz collective there are probably 30+ producers in the group so far. Whereas the Jazz Jousters projects have featured close to, or over 100 artists from vocalists, rappers, producers, DJ’s and graphics designers. So I basically look at it as MJM currently having around 16 solo artists, one group, a band, and two collectives.

In the past I’ve found certain artists in my search for something new to listen to. Some have joined due to their sound and us having good chemistry and/or a similar approach to music. A few heads have been recommended, and I still get a lot of demo submissions.

What current artists are you listening to right now?

I’ve mainly been working on an album and haven’t listened to a lot. Recently though, I’ve been bumping the Jazz Spastiks stuff. 3 Agugen by the Silentists in Austria, A lot of Cold Busted Records material, 1976 Chairman Maf, and LP’s by my boy Slone and Hash Finger after buying their projects on 12”.

What keeps you motivated and what sources do you draw inspiration from?

Mainly just enjoying what I’m doing. I get a lot of inspiration from listeners and requests for more. Finding a good record to play or sample, and the MJM label mates ..there’s a lot of selfless heads involved that aren’t just on board for their own agenda’s, but genuinely want to see MJM grow. That makes me push and try to maintain something they’re proud to be a par of.

In what ways have you noticed the music industry change around you since your beginnings, and where can you see it going in the near future?

In so many ways, from how people release music. Once upon a time the majority of people I knew were trying to get a record deal. Then there was the mix tape phase with a host emcee doing their thing DJ Clue style.

Now it seems a lot of heads are focusing on albums and doing it independently. Vinyl releases were strong and mainstream. Then CD’s came along for a while, until MP3’s stole their thunder. Now we’re going right back to physical releases again with vinyl and even the cassette tape being more popular than the CD. Right now we may just about be in a temporary sweet spot where you could release either, or all of the above depending on you fan base.

As far as sounds go, I’ve seen so many changes in various genres for the better and for worse. I’ve seen a lot of people lose hope or self-belief in what they’re doing and quit. I’ve seen a lot of people change their style and go where they think the money is, while others have managed to innovate and carve out a little niche for themselves. This is a time where so many new genres are starting due to experimentation, and personally I like that kind of thing. You hear some people wanting the mainstream to go back to a certain time in various genres. You hear some calling that kind of thinking “old skool” and talk about the “now sound”. Meanwhile there’s the innovators that aren’t interested in the talk and will be the ones with that “next shit” be it something completely new or a combination of both.

That’s the future in my opinion.

As well as a beat-maker you are also an MC, do you find that skill helps in your own production sensibilities?

It can be a big help to know how certain things can work or inspire from an artist’s perspective.

I like to think it makes me more of a well-rounded producer. I’ll often hear how verses and choruses could sound tone wise, rhythmically or melodically and I tend to really “produce the song” when working with people, but that’s my job. I try to get things as smooth as possible. I’d say things like “what if you say it like this… with less syllables?” or “what do you think about you saying that with this tone…?” etc.

Being a perfectionist I can be a bit of a nightmare at times, but most of the time people are happy with the results.

Cassette Tapes releases are quite common on MJM, is it safe to say that the medium is making a comeback?

Personally I never thought they ever completely died out, but were just in little demand and from a trend. Some older collectors, studio heads and people like myself always kept a deck handy for those tapes that had sentimental value.

Social media and sites like Soundcloud play an important role in promotion these days, which outlets do you find to be the most effective for what you do?

I’d have to say Soundcloud is cool at times. Twitter has been good to find DJ’s and blog supporters, but as much as I hate the site’s greediness and restrictions to reaching our own followers, Facebook can be useful. Especially when working with the collectives. Overall, Bandcamp has been the most effective tool, but it’s really been a combination of them all up to this point. 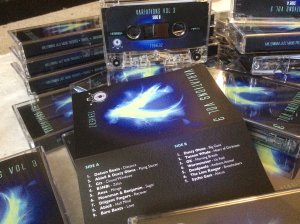 Any pointers for individuals thinking about starting a new label themselves?

Tips? I’m pretty much learning as I go haha. I like to think I do things a little bit left field from some. At the end of the day I look at our releases like I would my music collection, if I like a project and it’s something that I’d put on my playlist a good few times, then I’d consider releasing it. Times change, trends come and go, and bandwagons break down. So do your own thing. You can be afraid to take risks, but think them through and sometimes take them anyway.

Trust your own judgement and hopefully you can live with your decisions regardless of the outcome.

What can we look forward to in the world of Gadget and MJM?

Quite a bit if we all stay focused… I’ve finally finished my Mood Swings album with Lady Paradox, which should be dropping in a couple of months on limited 12”, Cassette, CD and digital. We just released Fourth Base, the fourth anniversary album for the Jazz Jousters. Then they’re going to do a second Locations series (Cass + Digi). We’ve got some solo projects coming, first up is the debut album from the beast that is Dusty Ohms, from the legendary Fused Forces duo (Cass + Digi). We’ve got another debut album almost ready from our newest member, Russian beat maker Maple Syrup (Cass + Digi). There’s more in production from SmokedBeat (to follow his Smoked Mood vol. 2), as well as Bones The Beat Head (to follow The Repertory vol. 2), Stay Classy, the Tough Crowd band, and Bare Beats to name a few. You know, not much!

Thanks for your time!

Thanks for having me. All the best to you and the Uncomfortable Beats family, and congrats on the new Able8 release. It’s real high in quality and has some nice bashy (Bashment) vibes at times. Props!!

One response to “An Interview With Gadget (Millennium Jazz, UK)”