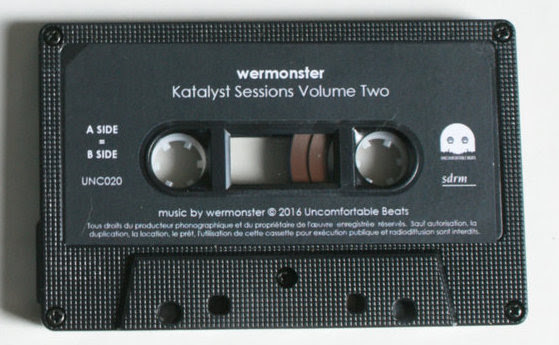 In Wermonsters’ Katalyst Sessions Volume Two, the Berlin-based producer expands upon the first in his Hip-Hop centred series, which initially made its debut in 2014. Volume 1 received praise for its mixture of classic 90’s sampling techniques and raw beats, combined with his signature off-kilter synthesised soundscapes.

For this particular project vocalists from across the globe were invited to collaborate over a selection of instrumental tracks taken from the first release, transforming them from short sketch based pieces into fully structured, eclectic songs.

Katalyst Sessions Volume Two is available both digitally and as a limited edition tape cassette across outlets including: